Norman Stock: "I Pride Myself" on Being an Outsider in American Poetry

I met Norman Stock on a cold, snowy February night in . The occasion was a New York Quarterly poetry reading at the Cornelia Street Café, where my friends Tim Suermondt and Pui Ying Wong introduced me to .

Afterwards, we all enjoyed a meal at a downtown diner, engaging in poetry world gossip along with our sandwiches and omelets. Then, Norman and I rode the subway together for a spell, I on my way to the upper East Side and he to . Before parting from him at ,  I enjoyed his stories of  life and the literary scene. For years, he lived without a car, commuting daily by train from Queens to .

Before I departed, gave me the gift of his book “Buying Breakfast for My Kamikaze Pilot,”  which I found refreshingly different from most poetry books, with its distinctive voice and surreal humor. He’s among the select company of American masters of the prose poem.

agreed to participate in the following interview, joining Tim and Pui, all of whom will have books forthcoming from  NYQ Books,  begun by the New York Quarterly. He also submitted a brief biography, along with the treat of two of his poems, which precede the interview: 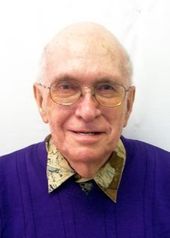 Norman Stock’s first book, Buying Breakfast For My Kamikaze Pilot, was published by Gibbs Smith in 1994 as winner of the Peregrine Smith Poetry Contest. His poems have appeared in The New Republic, College English, The New York Quarterly, The New England Review, Denver Quarterly, Verse, and many other magazines, as well as in anthologies and textbooks. The recipient of awards from the Writer’s Voice, Poets & Writers’ Maureen Egan Writers Exchange, the Bennington Writing Workshops, and the Tanne Foundation, he has also been a Bread Loaf fellow, a Sewanee scholar, and a finalist for Poet Laureate of Queens. Formerly the Acquisitions Librarian at , from which he retired in 2005, he lives with his wife, Lydia Chang, a clinical psychotherapist, in

Buying Breakfast for My Kamikaze Pilot

she always takes us down for a crash landing

I don't know why she does it

am I the enemy is she

it's hard to tell on this particular morning

each other for dear sweet fucking life

Thank You for the Helpful Comments

as they tear my poem to shreds in the poetry workshop

what I say instead is...uh...thank you for your helpful  comments...while I mumble

under my breath motherfuckers wait till I get to your poems

1.   What drew you to writing prose poems?

I was in a workshop led by David Ignatow in the early '80s and I brought in a free verse poem in lines that told a surreal story. He suggested that I do it as a prose poem. While I didn’t change that poem, his suggestion interested me, and I started doing surrealistic prose poems. I think the first one was “A Giant Woman Is Talking to Me,”  which is in my book, along with others I wrote during that period. It opened up a new area of the imagination for me to explore, and I liked the way it disrupted traditional forms. The fact that a poem didn’t have to be in lines, but could be in paragraphs, led me to imagine situations and events in a new way.

2. Some of your work, like “The Skin” and “The Only Survivor” to me are more like small fables or short stories than prose poems. How do you think of them?

I think of them as prose poems, although I suppose they could also be seen as fables, but not, I think, as short stories. The difference is that though they are longer than some of the others, they are still more concentrated than a typical short story. Things are not described in detail and characters are not developed. There’s no time for that in this kind of writing -- it has to make its point quickly. Also, the events are highly imaginative and take place in a kind of surreal universe, more like poetry than most prose fiction. James Tate’s recent books consist of fairly long narrative pieces that he considers prose poems for the same reasons.

3. “Buying Breakfast for My Kamikaze Pilot” is more like a traditional poem than a prose poem, yet I could see it working as a prose poem. How do you decide whether a poem will be in lines like a poem or in the prose format?

I write the poems as they come to me, not according to a plan. Sometimes, I may start a poem in lines, and it turns into prose, but usually not. This one needs the lines to build the rhythm and carry the emotion. The poem is driven by the lines, moving  toward the penultimate word, “fucking,” That word at that point, with all the multiple meanings it has, makes the poem. Without it, the whole thing wouldn’t work. And it needs the rhythmic force of the lines to get there.

For prose poems, I usually am in a mood where I want to tell a kind of story. It just comes upon me. Most of the time, I write in lines. The prose poems were done in the ‘80s and early ‘90s and I haven’t done many since then.

4. Your work shows a refreshing humor and surrealistic imagination, qualities that have not been prevalent in the American poetry mainstream. Do you see yourself as an outsider in American poetry?

Yes, definitely. In fact, I pride myself on it. Who would want to write the kind of boring stuff we see so much of? However, there are well-known poets who are funny and surreal,  James Tate and  Russell Edson, for instance, but I guess they are also kind of outsiders. Kenneth Koch and Allen Ginsberg are often very funny, but again, not exactly mainstream. The Language poetry that used to be outside is getting more inside now, but I’m not into that either. My poems are often seen as strange and different. as well as funny, and I’m OK with that, except it’s hard to get published when you’re so far from the mainstream.

5. Who are some of your poetic influences?

My main poetic influences are the early moderns, primarily Eliot, Pound, Cummings, Williams, and Stevens. Also Blake, Hopkins, and Kafka. For my actual writing, Cummings’ freeing up of language and emphasis on feelings and personal voice were important to me. For the long lines that I do, Ginsberg was an influence, but also, in an odd way, Ogden Nash. I see his use of long lines as a way of subverting traditional verse. I use long lines like his in both comic and serious poems -- anything not to be formal and boxed in as in traditional poetry.

6. How has the poetry world changed during your career?

The poetry world has gotten much larger, what with all the MFA programs, readings, slams, the Internet, new technology that makes publication by small presses easier, and more openness to both different ways of writing and in the subjects treated.. A lot of this is good, but with so many people calling themselves poets, I think there may be a decline in overall quality.

7. What’s coming up for you in the future?

My second book, Pickled Dreams Naked, will be published this fall by NYQ Books, a book series recently started by The New York Quarterly. I’ve had many of my poems in the magazine over the years. NYQ tends to publish really good poems that are outside the mainstream, so it’s the perfect publisher for me.