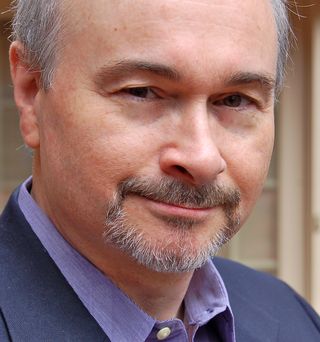 Jim Auchmutey’s “The Class of ’65” (PublicAffairs) deserves a place on “memorable books of the year” lists.

Auchmutey, a former colleague of mine at The Atlanta Journal-Constitution, blends in-depth research and reporting, dramatic history and cinematic excitement to tell an inspiring story of courage and redemption.

The book’s main hero, Greg Wittkamper, grew up on the Koinonia Christian commune near Americus, Ga. Wittkamper, a member of the Class of 1965 at Americus High School, suffered ostracism and physical attacks from his classmates because of his friendship with blacks and Kononia’s support for the civil rights movement. The abuse grew worse after he accompanied four black students when they first integrated the high school.

Years later, after moving away from Americus and developing a business in West Virginia, Wittkamper unexpectedly receives an invitation to a class reunion, and letters from several classmates expressing regret. David Morgan, the sole classmate who extended Wittkamper a gesture of friendship on graduation day, began the effort. Wittkamper’s decision to return to Americus for the reunion flows with the resonance of a great novel.

In his 29-year career at the AJC, Auchmutey gained recognition for his features on a variety of subjects, from personality profiles to Southern cooking. For his admirers at the newspaper, the publication of an Auchmutey story was a treasured event. He transcended the bounds of newspaper writing to achieve a signature style. One of his strongest talents is an ability to reveal a larger significance through a single detail. That attribute reverberates through “The Class of ’65.”

Auchmutey in this Southern Bookman interview discusses the book and his next project. We're happy that he's reviving our interview series. All our interviews are available in the Pages list on the blog's web page. 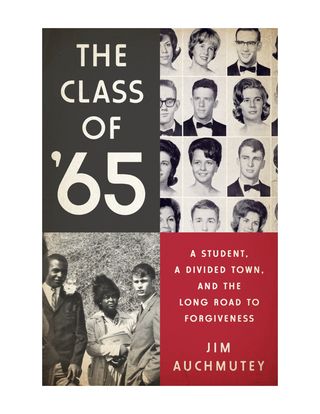 !. “The Class of ’65” tells a powerful and moving story of forgiveness and reconciliation. On your appearances in connection with the book, do you hear similar stories from your audience? Or, do people say the book has inspired them to seek healing in their own lives?

A: I’ve heard more stories about reconciliations that have not occurred: people who were bullied in school because they were gay or politically out of step or just geeky and unfashionable. Very few who experienced harassment as teenagers have been approached with apologies and asked for forgiveness. That's what made the story of Greg and the Class of '65 so extraordinary; it doesn't usually happen.

2. The book is a testament to racial progress in our country. Yet a series of disturnbing killings of blacks and other events indicate a deterioriation in racial relations. Are you optimistic or pessimisstic?

A. I’ve done about 30 talks on the book, and people often ask me some version of this question: Are race relations getting better or worse? I don't know why anyone ever thought we'd have all this solved just because 50 years have passed or because a black man was elected president. Prejudice and racial enmity will take decades to expunge, and it may never totally happen. But we can get better if we continue to be honest about things, recognize our shortcomings and try to do something about them. Yes, some of the news stories in the past couple of years have been very discouraging. When you take the long view, it seems like our society keeps taking two steps forward and one step back.

3. What was your biggest challenge in converting the story from a newpaper article to a book?

A. Writing a newspaper story and writing a book are such different undertakings. I was always known for doing long-form storytelling at the AJC, but the longest series I ever wrote during my almost 30 years there probably amounted to no more than 10,000 words. The proposal for "The Class of '65" ran more than 17,000 words, the manuscript itself maybe 80,000 - and it's not a lengthy book. It takes a whole other level of conception and concentration to write a nonfiction narrative like this. You also have to know the subject so well that you can draw conclusions and get inside people's heads, to become an author in addition to being a reporter. Writing like that goes against much of your training as a newspaper journalist.

4. The book succeeds on several levels, as history in the portraits of the Koinonia Christian community and the small town of Americus, Ga., and its signficiance in the civil rights movement, as a study of Southern culture and high school life and as a dramatic personal narrative. I never felt sidetracked from the main story of Greg Wittkamper’s high school ordeal as an ostracized and physically threatened member of the Class of ’65 and the reconciliation when he was invited to his 40th class reunion. How did you achieve such narrative balance and control in organizing so many facts and people?

A. That was the toughest part of doing the book: organizing it. I had three threads I was trying to weave together: the story of Koinonia and its persecution, the epoch of the civil rights movement in Southwest Georgia, and the particular tale of Greg and his classmates and their eventual reconciliation. I knew that the third one was the main thread. But I was so fascinated by Koinonia and its history that I kept wanting to go deeper into it. The principal founder, Clarence Jordan, commanded my attention. And so did the civil rights movement. What happened in Albany during the early '60s is a lesser known part of that narrative, and what happened up the road in Americus is virtually unknown. I tell people that it was like Selma without the Edmund Pettus Bridge. I was fortunate to have a main character who connected all those dots. As long as I didn't stray too far from Greg, I was able to keep my balance.

5. You uncover a perhaps forgotten chapter of the civil rights movement with your account of racial violence in Americus. I was somewhat familiar with Martin Luther King Jr.’s campaign in nearby Albany, but Americus’ significance was revealing. Nowadays, Americus presents itself as a charming and progressive tourist attraction. What has been the reaction to your book there?

A, Americus has been great. The Americus Times-Recorder did a big front-page article on the book, and it was interesting the way the editor, Beth Alston, framed the piece. She said this story is about some ugly things that we might not want to remember but we should because they're important and instructive. Greg and I did a talk at the Americus library when the book came out, and it was very well-attended and warmly received. All four of the students who desegregated Americus High in 1964 were there, as were several of Greg's white classmates (including David Morgan, the one who planned the 40th reunion and played a major role in the reconciliation). We couldn't have been happier with the evening. I returned to Americus to do a signing at a bookstore that had just opened, a place called Bittersweet. I'm sure there are people in Americus who don't appreciate being reminded of their difficult racial passage in a book like this, but they haven't introduced themselves to me. There were a lot of communities in this country that went through traumas like the ones described in my book; it wasn't just Americus.

6. Your next book is a history of Southern barbecue? Could you give a preview?

It's an illustrated history of barbecue, meaning that it will be half text and half art: vintage photos, old postcards, advertising ephemera and such. I imagine Lucy and Ethel building a lopsided barbecue pit in the backyard will get in there - that kind of stuff. Solidly researched but fun, in keeping with the topic. I should mention that it's not just a history of Southern barbecue. The distinction is important because sometimes Southerners think we invented barbecue. We do it better than just about anyone else, I'll grant that. But cooking over fire and smoke goes back to caveman days, and there's something like barbecue in cuisines around the globe. My emphasis will be on the New World tradition of barbecue, the record of which you can trace to the second voyage of Columbus. There's a great story behind that pink neon pig we're all so familiar with, and it involves a lot of different cultures and a cast of irresistibly colorful characters. This ain't just pulled pork; it's cultural anthropology with some sauce on the side.