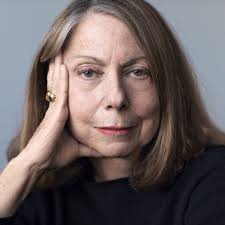 Former New York Times Executive Editor Jill Abramson's "Merchants of Truth"  is breaking out as the hottest new book of the year.

An examination of how Internet technology has disrupted the news media, "Merchants of Truth: The Business of News and the Fight for Facts" delves into her experience at The New York Times.

The book also looks at Amazon owner Jeff Bezos' purchase of the Washington Post and the rise of Internet news sites BuzzFeed and Vice.

Along with her Times recollections, Abramson did original reporting for the book.

"Merchants of Truth" has generated a burst of attention and controversy in New York media circles.

The New Yorker's Isaac Chotiner conducted an interview with Abramson for the magazine's web site, and competitor New York magazine is publishing an excerpt before the book's Feb. 5 publication date.

Abramson tells Chotiner that she was fired as The Times' first female executive editor because of her abrasive management style and her opposition to efforts undermining traditional boundaries between the newspaper's business and news operations. Since leaving the Times, Abramson has taught at Harvard and written a column for the Guardian.

In the Chotiner interview, Abramson also questions the Trump obsession by the Times, the Post, CNN and MSNBC. She alludes to negativity in Times coverage of Trump, although she then backs away from that claim.

While pointing out that the Times web site recently had posted nine Trump stories, she also concedes that Trump coverage receives high readership and has boosted online subscriptions.

Her criticism of the Times for firing copy editors and her advocacy of media truth clash with her own controversy over incorrect reporting. The publication of Abramson's own book on media disruptions shows the negative effects of media disruption. 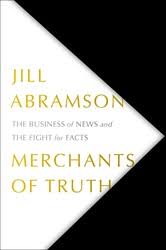 Arielle Duhaine-Ross, a Vice reporter Abramson interviewed, criticized the author several mistakes. The worst was that Abramson falsely called Duhaine-Ross a trans woman, when she identifies herself as a "queer, non-gender conforming woman," according to an Out story. Abramson said the mistakes were in an early galley proof, and have been corrected for the book.

Abramson also erred in reporting that Duhaine-Ross gave insufficient coverage of Donald Trump pulling out of the  Paris global climate change agreement. Duhaine-Ross apparently did substantial reporting on the decision.

A second reporter disputed Abramson's claim that he failed to wear a haz-mat suit at an African clinic while covering the Ebola crisis. The reporter said he followed the same protocol as other reporters and that the protective clothing wasn't required outside of a high-risk area.

An article posted on Literary Hub blamed the mistakes on  publisher Simon-Schuster, like the Times, cutting back on its fact-checking operation. Abramson told Chotiner that the book has been thoroughly fact-checked.

New Republic writer Josephine Livingstone in a review said that the book's section on Abramson's firing at The New York Times is essential for understanding how digitial technology is shaking traditional media companies. But Livingstone blasts the Vice and Buzzfeed sections as showing a severe misunderstanding of the shifting media landscape.

Despite Abramson's missteps, "Merchants of Truth" will be an essential book for old Times watchers and media junkies such as myself.

I respect Dean Bacquet, Abramson's successor at the Times. But firing Abramson after her valiant defense of traditional journalistic values was a low point for the newspaper.

Despite the disturbing mistakes showing a misunderstanding of new media and the rising generation's gender issues, Abramson remains a stalwart defender of factual reporting and commitment to the truth. Her book will make a significant contribution to upholding those values.