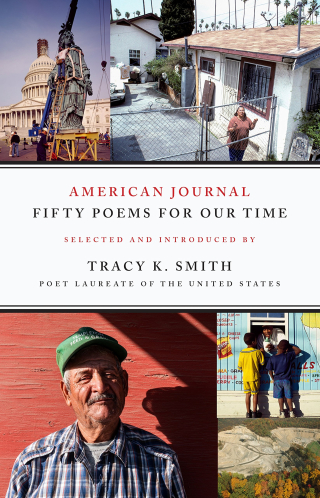 The small, beautifully realized anthology, published by Graywolf Press and the Library of Congress, gives a vibrant sampling of the American poetry world.

Like other poet laureates, Smith hopes to broaden poetry's audience. Along with the anthology, whose title is taken from a poem by Robert Hayden, the first black poet laureate, Smith is conducting readings in small towns that have had little access to poetry.

Smith's selections include many of the country's long-established poets. While younger readers might wish for a wider selection from their generation, the anthology showcases work from emerging women, black, Latino, Asian-American and Native-American poets.

The poems' shared American vernacular offers the possibility of engaging a wide audience, from those familiar with poetry to students and older readers who generally avoid poems.

"American Journal" would be a welcome addition to high school curriculums, giving students inspiration for their own writing.

At its best, "American Journal" demonstrates that a shared experience remains possible despite the country's political, social, gender and cultural divisions. The book shines a sunbeam of hope in times of growing darkness.