Robert Lipsyte has positioned himself as a morally virtuous sportswriter in a lonely quest against sports' hypocrisy, myth-making and corruption. So Lipsyte's appointment as ESPN's ombudsman appeared a classic joining of opposing forces. ESPN, seen by many as the worst influence in sports, will be policed by the virtuous town marshal Robert Lipsyte.

Lipsyte's new role bade me to read his memoir "An Accidental Sportswriter," in which he repeatedly claims to be outside the "lodge" of "jock culture." Yet the book is a saga of his many guises as a sports insider, as a New York Times columnist and TV reporter and commentator. His tone of moral superiority is grating coming from one who has made a nice living from the very culture he so condescendingly criticizes.

Lipsyte condones Lance Armstrong's drug use; the book was published before Armstrong's crashing downfall, so perhaps he like other of Armstrong's media admirers would change his position now. He also blesses baseball players' steroid use, but then blasts baseball writers for not uncovering it.

The book is readable, reaching its high points when he drops his moralizing and editorializing and relates events he's witnessed such as a meeting between Muhammad Ali - then Cassius Clay - and the Beatles. His memories of his painful childhood and his relationship with his father achieve dramatic power.

But his claims of being a sports outsider are unconvincing. ESPN has hired the perfect lodge brother. 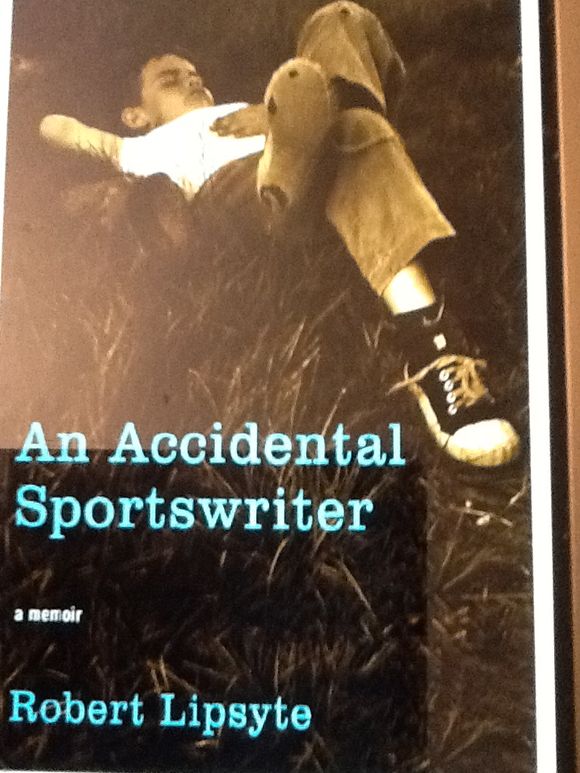