George Packer's "The Unwinding: An Inner History of the New America" serendipitously showed up at the library on the very day Dwight Garner reviewed Packer's book in The New York Times. "The Unwinding" appeared in the bookstores only a few days before; it's rare for new books to arrive that fast to the library's Northside branch. Having read several positive reviews, including Garner's unusually glowing affirmation, and familiar with Packer's good New Yorker work, I promptly checked out the pristine library book. Packer traces a decline in American life over the last 30 years; the library's rapid acquisition of his book is one small sign of public institutions working well.

Packer's "Blood of the Liberals" is a fine memoir and family history, one of the best books I've read in recent years, tracking it down at the library, actually. I didn't read Packer's look at the Iraq war, although I did peruse some of his Iraq reporting in the New Yorker. I had no taste for any of the war post-mortems.

"The Unwinding" is a history of the devastating changes in the American economy and society from 1978 until now. Packer examines the decline of institutions, businesses and cities and the rise of celebrity and a financial-based economy instead of one devoted to manufacturing through the stories of obscure people and famous ones like Newt Gingrich and Oprah Winfrey. He copies the headline-newsreel format of John Dos Passos' "USA Trilogy," not as effectively I might add as a strong fan of Dos Passos' innovative work.

So far, Packer's individual stories are interesting, especially the saga of the decline of once vibrant steel town Youngstown, Ohio, as reflected in the life of Tammy Thomas, who grew up in a drug- and poverty-ravaged family yet made herself a success. Packer gives freshness to the familiar story of Gingrich's rise and fall and his bringing poisonous rancor to American politics. He devastatingly captures Gingrich's sleazy personality and appearance.

I've just begun Packer's book and will give another report when I've finished. 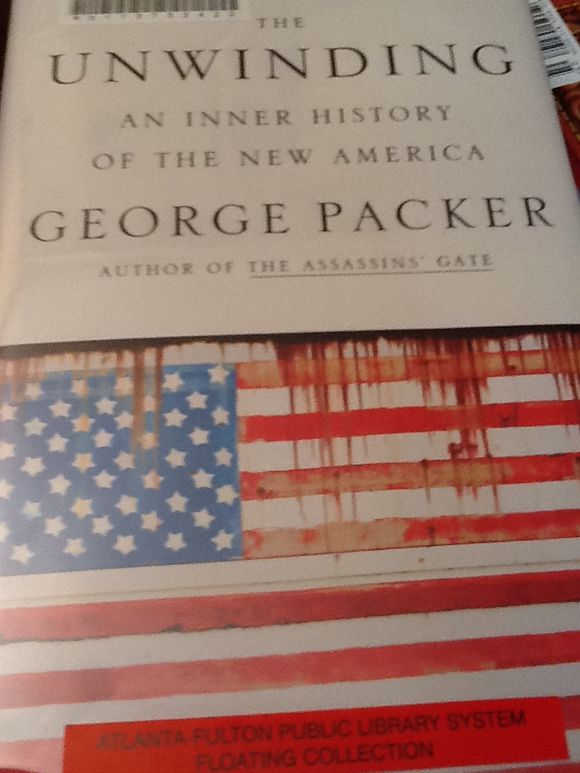