« The Alarming Carbon Equation | Main | The Internet and Poetry »

A Vivid Look at Shiloh

On a recent trip to Nashville, I saw an I-75 sign in Tennessee for the Pittsburg exit, which stirred my memory of the Civil War Battle of Shiloh, which began at Pittsburg Landing on the Tennessee River when a ragged Rebel force on a lovely Sunday morning in early April disturbed the breakfast and languor of Sherman's troops. Leaving the Cumberland River and crossing the Tennessee River on our return to Atlanta also brought back my recollections of the federal-Confederate conflict in the West.

The trip to Nashville had raised my awareness of the old river city's Civil War legacy. Along with historical markers and Garrison Keillor's amusing reference in his Ryman Auditorium show to the 1864 Battle of Nashville, we visited Belle Meade Plantation, with its exhibits on the plantation's role in the battle and the experience of slaves who lived there. With remnants of old Nashville juxtaposed with its soaring office towers, hotels and gleaming convention centers, I felt an underlying presence of the Civil War.

I'd read quite a bit about Shiloh, yet realized I didn't deeply know details about the battle. I'd encountered Shiloh in general histories but never read a book devoted to the battle, the war's first with a shockingly high number of deaths and casualties. I'd read such specialized histories of Chancellorsville, Gettysburg and Antietam, all written by the excellent Stephen W. Sears.

In my state of Shiloh curiosity, I came upon Winston Groom's "Shiloh 1862" at the library as if it had been placed there for me. Groom, best known as the author of the novel "Forrest Gump," is also a noted military historian who before his Shiloh account published a similar book about Vicksburg. I excitedly checked out "Shiloh 1862," and it has captivated me from the start, a fitting book as Memorial Day approaches.

"Shiloh 1862" with novelistic power looks at giant personalities such as U.S. Grant, William Tecumseh Sherman and Albert Sidney Johnston as well as lesser players. While Groom falls short of Sears' encyclopedic range, "Shiloh 1862" gives a vivid, detailed look at the battle that made the North realize that the war would be long and bloody and strengthened the South's resolve. 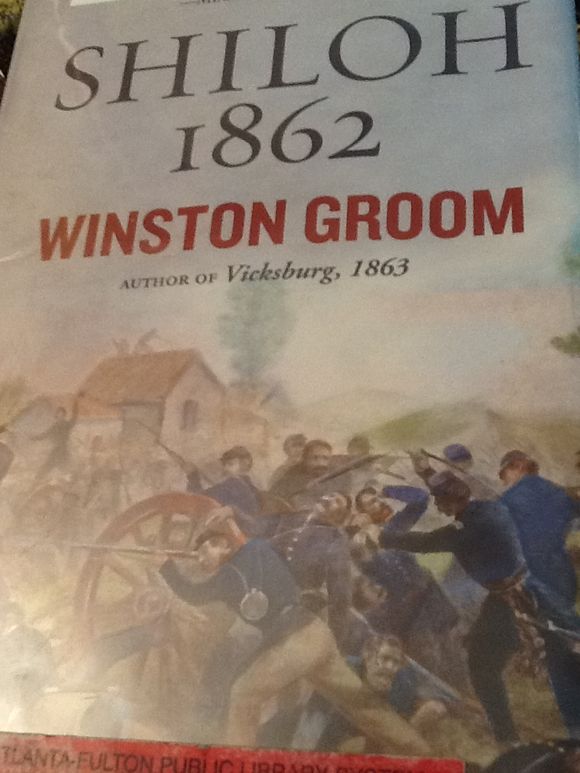