He looks out from the page in a black and white photograph, standing jauntily with legs crossed beside a place called Sloppy Louie's. His fedora, dark suit and old-fashioned shoes - one bit of flair the light-colored socks - speak of a different time. The well-dressed man with the pensive face is Joseph Mitchell, the iconic New Yorker chronicler of New York City's obscure places and unheralded characters.

The photo illustrated a recently discovered piece by Mitchell, whose long silence is one of the saddest stories in American literature. Mitchell turned out his meticulously crafted pieces for the New Yorker from the 1930s until 1964, when he found himself unable to finish anything, although he continued showing up every day at the magazine's offices. The magazine that Mitchell did so much to shape fittingly published the piece, helping
to fill an incomplete picture.

Thomas Kunkel, who is writing a biography of Mitchell, found the piece, one of three parts of an unfinished memoir by Mitchell. The New Yorker's publication of "Street Life: Becoming Part of the City" is a significant event for American letters. Two other pieces will follow.

Mitchell's narrative details his obsession with walking New York's streets, not only Manhattan but the distant reaches of the other boroughs as well. One imagines him riding the subways and embarking upon his quests wearing the same formal clothing as shown in the photograph - uncomfortable shoes and cumbersome coat, even in summertime.

The language soars into poetry. I was taken by the power with which he repeats the same word in a sentence. The narrative relates how Mitchell visited churches, in what emerges as an intense spiritual quest. The article ends with a description of a depression, followed by a mysterious healing, which remains undisclosed. The New Yorker is to publish the remaining fragments, and I'm waiting for the redemptive experience to be revealed.

The uncovered work, as with John Cheever's Journals, brings a new dimension to a familiar writer. Mitchell is shown as one of our great seekers. 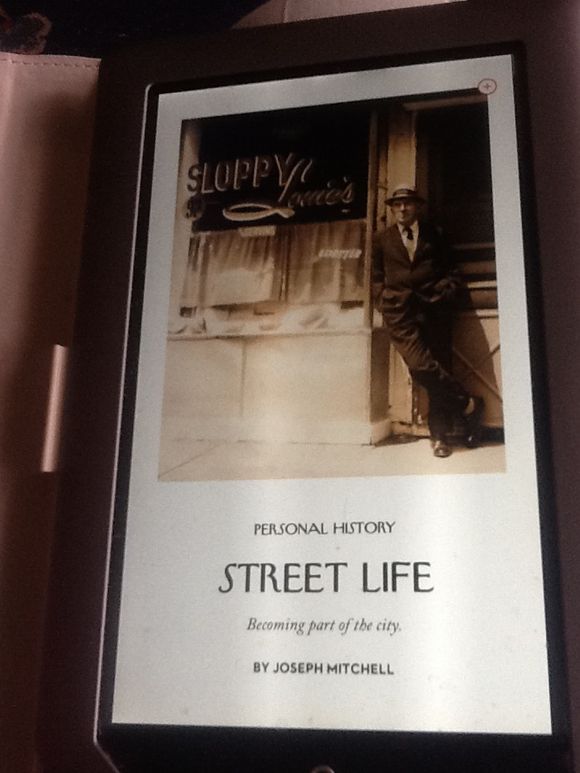