After years of hearing about Daniel Fuchs' "The Golden West: Hollywood Stories," I finally got hold of the book by doing a search for it on the Atlanta library's computer and placing a hold. Lately, I've been warmed by the soft California sunlight that Fuchs found so beneficial.

Fuchs is an interesting twinkling star in the New Yorker writing universe. A native of Brooklyn, he wrote three autobiographical novels about growing up in the then gritty and working class borough. His novels received critical praise and small sales. After several years teaching at a Brooklyn public elementary school, he found success writing short stories for the then strong commercial magazine market. One of his stories brought a film
deal, which led to him heading to Hollywood for what turned out to be the rest of his life. His days spanned Hollywood's golden era of the 1930s and '40s through the placid 1950s and into the shattering decades of the '60s, '70s, and '80s.

As "Golden West" relates, Fuchs loved writing for the once all powerful studios, unlike other writers who saw it as crippling. Three "letters from
Hollywood" are my favorite part of the book, loaded with film gossip, characters and vividly realized restaurants, hotels, studio life and street scenes. Fuchs' Hollywood fiction, originally published in the New Yorker and reprinted in "Golden West," I found less interesting. The letters, from different stages in his career, make Hollywood come alive with equal parts glamor and squalor, all illuminated by that glorious sun.

While Fuchs liked the security of steady paychecks and gives a tolerant eye to big producers, he also clearly sees the absurdities and sham. He had one big hit, for which he won an Academy Award, but many of his scripts remained on the shelves. His encounters with William Faulkner, Irwin Shaw and other temporary Hollywood writers are amusing and instructive. Sending his Hollywood stories to the New Yorker, he acquired sufficient recognition to have his Brooklyn novels reclaimed and successfully reprinted in one volume called "The Williamsburg Stories," although Fuchs wryly informs us that the last of the trio takes place in Brighton Beach.

Along the way in "Golden West," Fuchs gives valuable advice on writing and storytelling. He's a professional writer, some would say hack, who like a factory worker turns out a product for pay. Fuchs also was an artist, as "Golden West" richly shows. 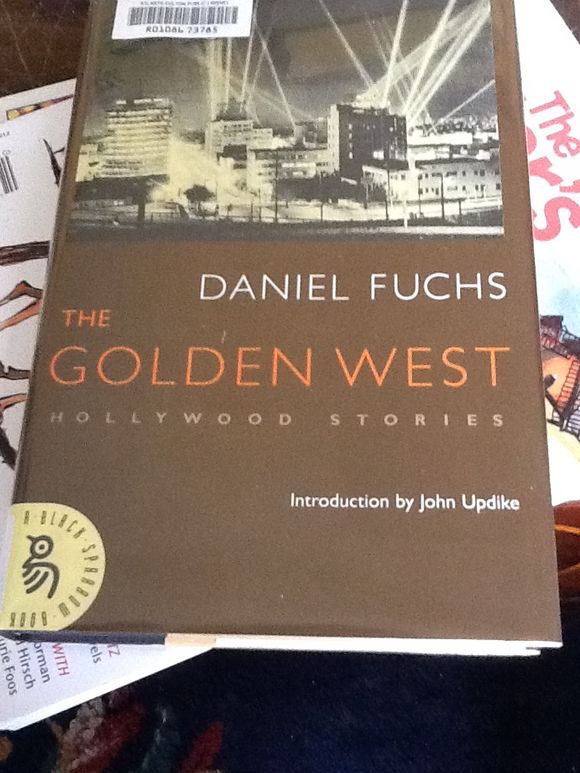